Thank you for your request.
You will receive a reply from DO shortly.

Based in Antwerp, Studio DO is a stone cutting atelier founded by Dana Seachuga and Octave Vandeweghe. Driven by their affection for stone cutting, they research the material and cultural role of (gem)stones within the realm of functional objects.

Ideas often come to existence after recognising the beauty of a technical action and its mundane result. Thus traces and faults of the raw material and the making process are kept, or even enhanced, and often play an aesthetic role within the final object. The interventions generate basic forms, and give way to a fated function. The outcome showcases the relationship between the chosen object and the rough material it is made from. They seek the reciprocal relationship between stone and (varied) objects by carefully balancing between aspects such as heritage, function, aesthetics and the potentiality of a found raw material. The results are objects adorning the body and interior environment in various manners. Their budding project ‘Gemma Ex Lapide’ explores the core relationship between stones and jewellery, while it also bridges between body and space. The new ‘Vessel’ objects initiate and showcase their wider fascination for stone in the terrain of domestic objects.

A label/labour stonework studio tickled by cultural and functional heritage.

is the budding project of Studio DO. The Latin phrase could be translated as ‘jewel gained from a stone’ or ‘gemstone extracted from a rock’. The project explores the core relationship between stones and jewellery, while it also bridges between body and space.

For this project Studio DO works with stones in an exploratory manner, while also reflecting on the origin of (gem)stones in jewellery. This results in a series of contemporary objects expressing authenticity on various levels. They seek for particularities in a historical/traditional perspective, and on the other hand the specific charectaristics that each stone obtains. The fashioning of each object begins by core-drilling, extracting a perfect or non-perfect cylinder or tube. Hence a simple geometric stone segment is made, differing from the raw form of the rock. This working method visually embodies the (sometimes contradictory) relationship between natural and man-made creations.

The project reflects itself through three different series:

With the exquisite ‘Blunts’ series the character of each stone comes to life in an expressive and bold way, resulting in eccentric and flaunting stones to wear.

The ‘Studies’ give an impression on the essence of the concept in a more sculptural format, manifested by a researching attitude, it showcases the origin of stones within the domain of jewellery. 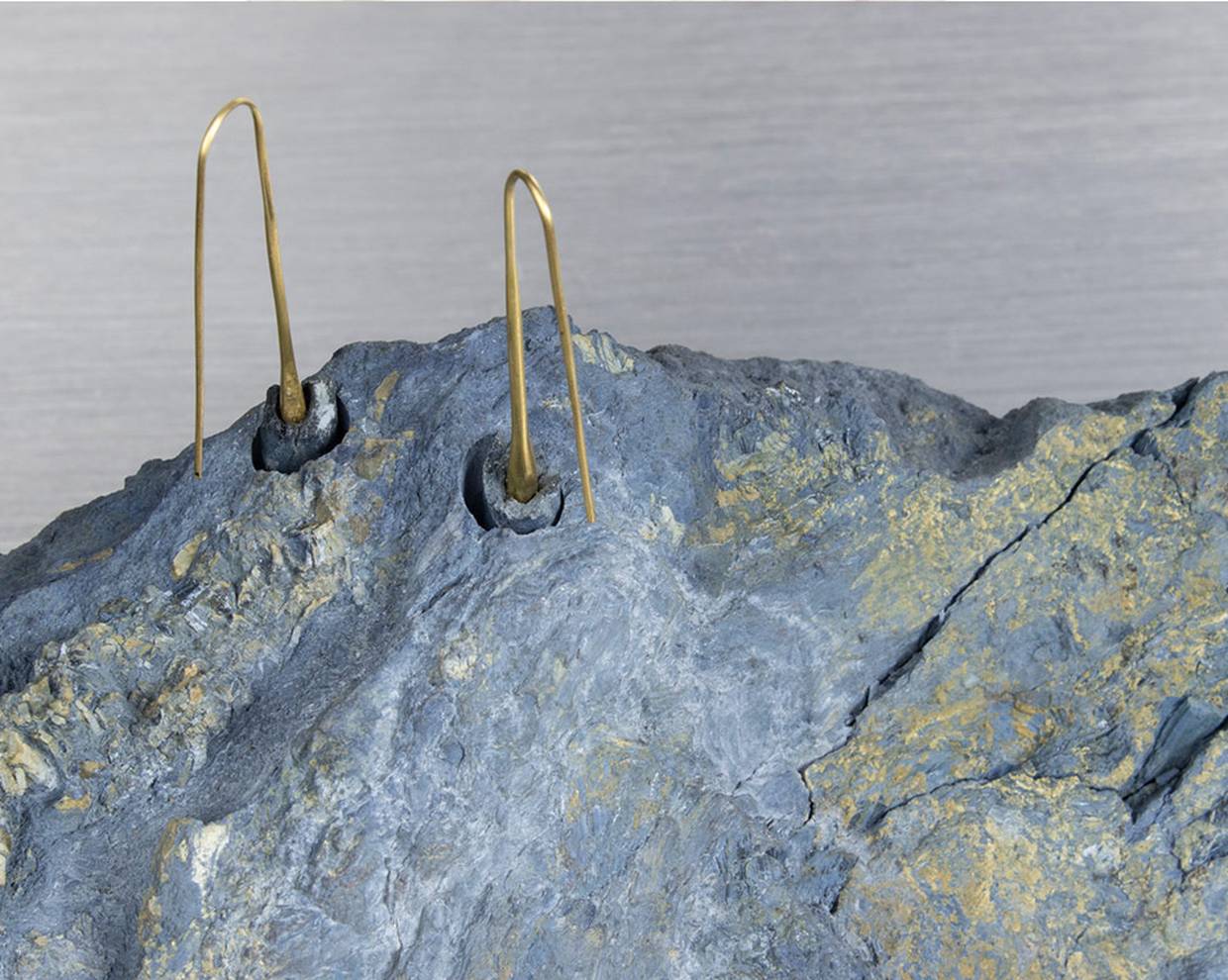 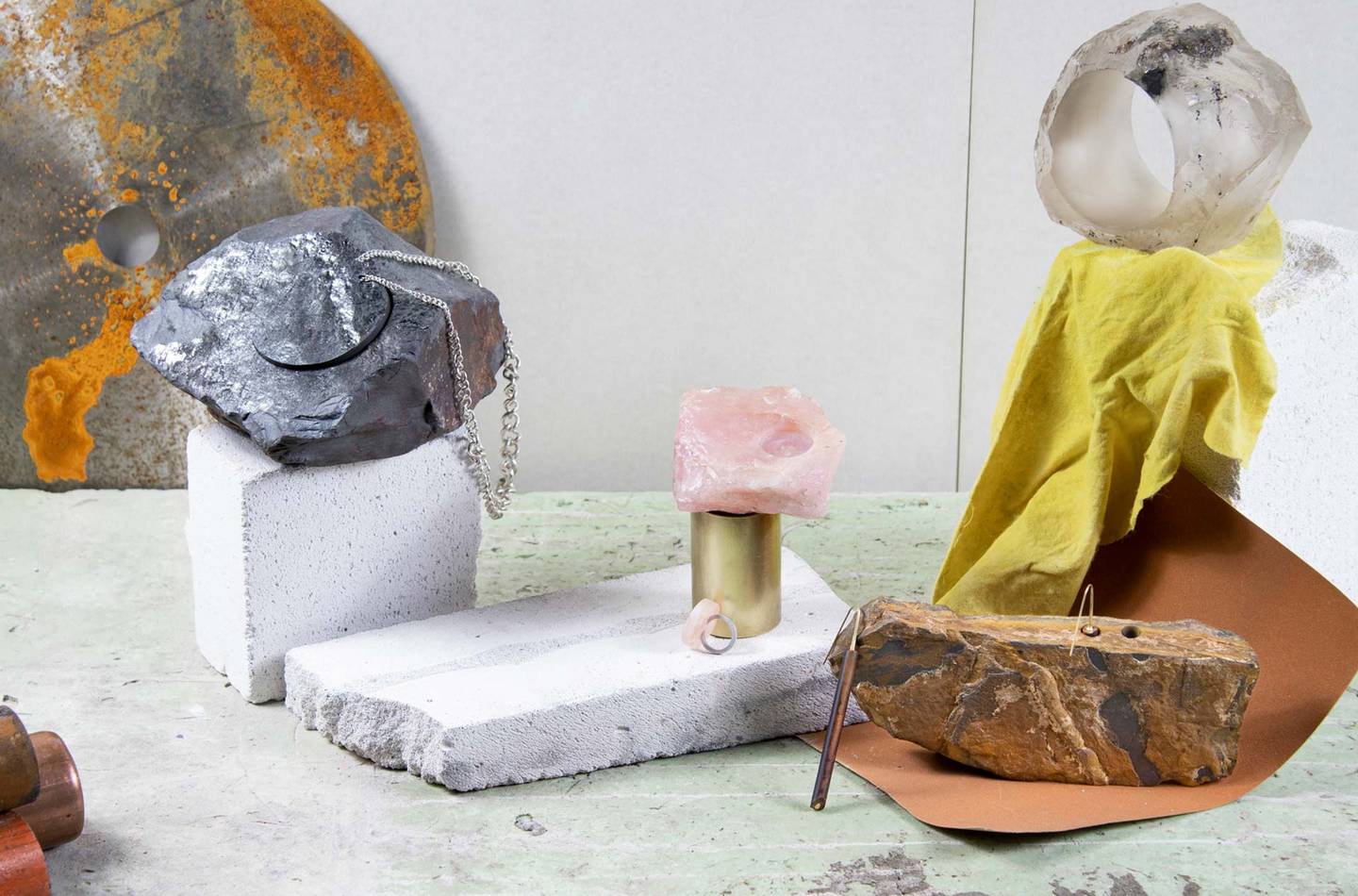 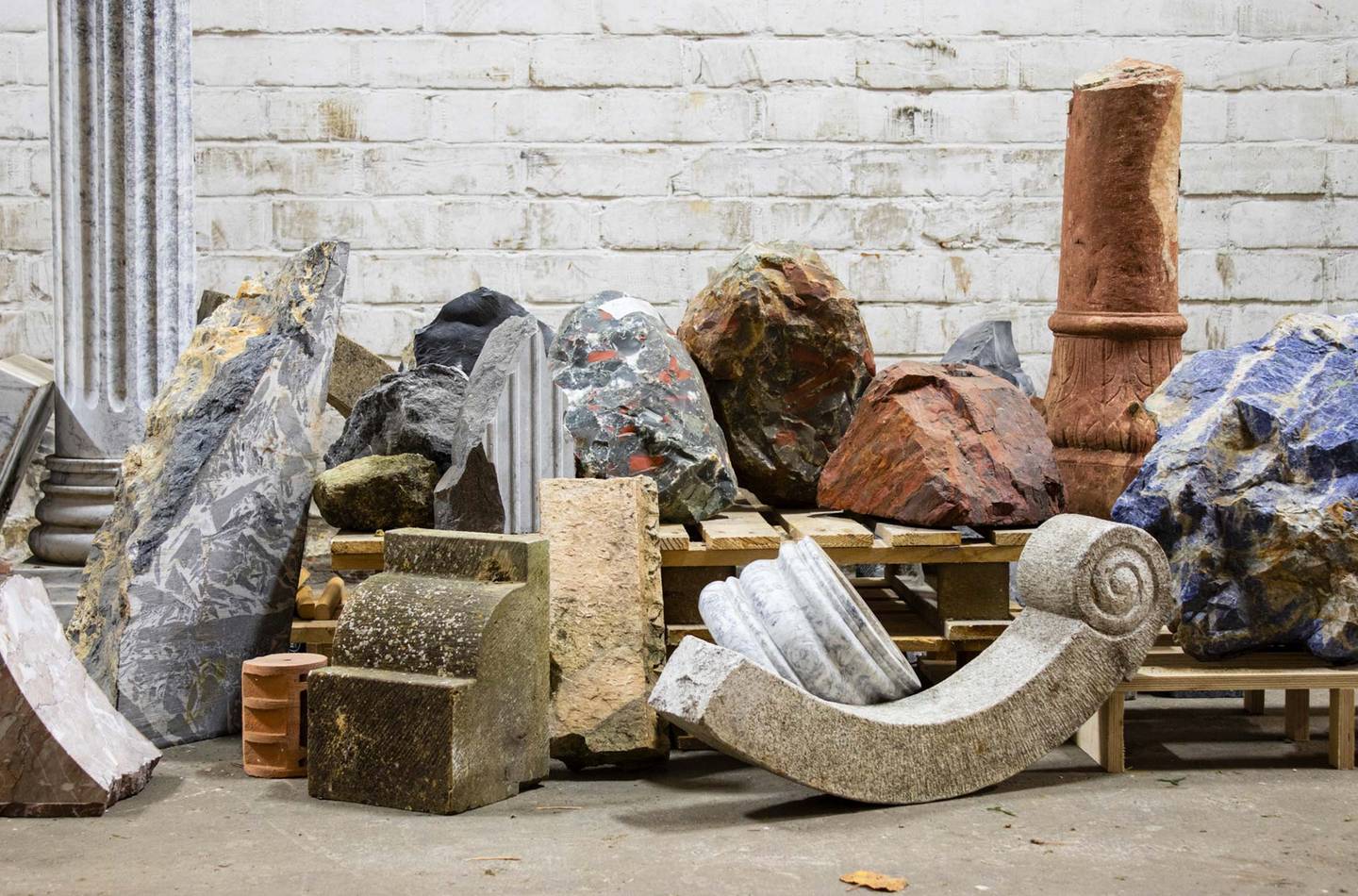 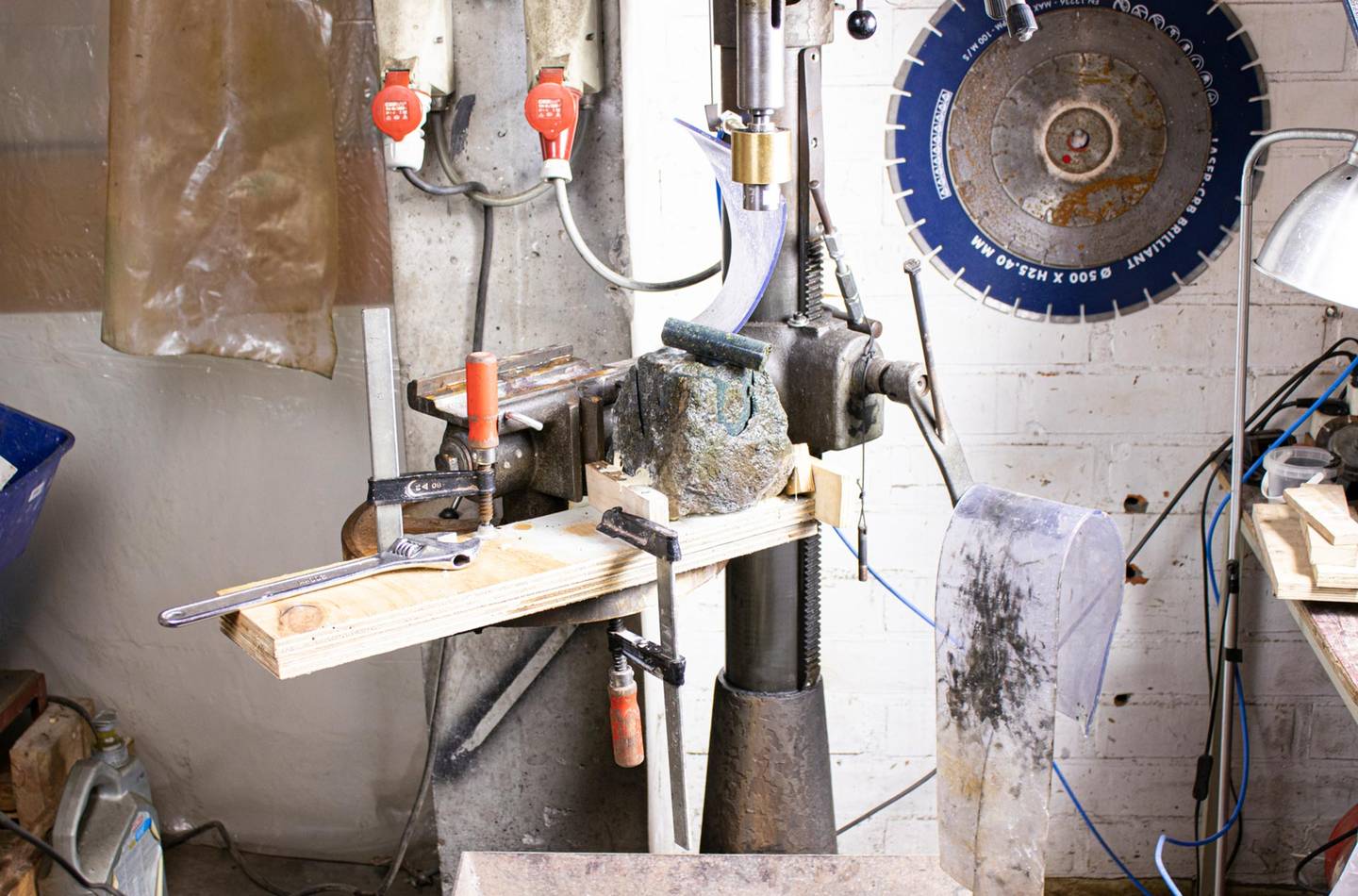 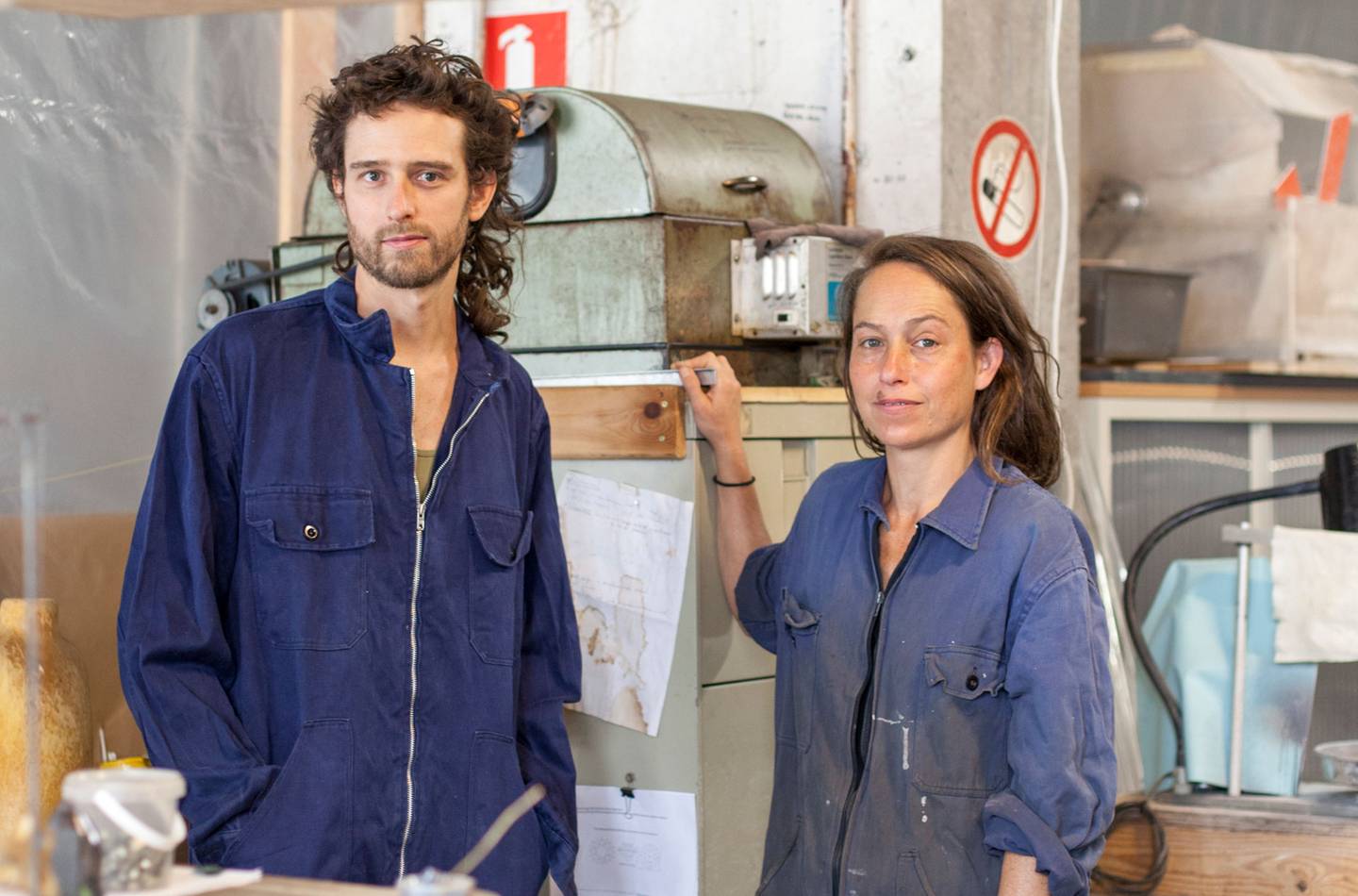